Ageism In Healthcare And The Danger Of Senior Profiling – Better Health 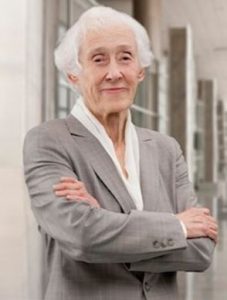 We’ve all heard the saying, “age is just a number.” Nowhere is that more important than in the hospital setting. Over the years I’ve become more and more aware of ageism in healthcare – a bias against full treatment options for older patients. Assumptions about lower capabilities, cognitive status and sedentary lifestyle are all too common. There is a kind of “senior profiling” that occurs among hospital staff, and this regularly leads to inappropriate medical care.

Take for example, the elderly woman who was leading an active life in retirement. She was the chairman of the board at a prestigious company, was an avid Pilates participant, and the caregiver for her disabled son. A new physician at her practice recommended a higher dose of diuretic (which she dutifully accepted), and several days later she became delirious from dehydration. She was admitted to the local hospital where it was presumed, due to her age, that she had advanced dementia. Hospice care was recommended at discharge. All she needed was IV fluids.

I recently cared for an attorney in her 70’s who had a slow growing brain tumor that was causing speech difficulties. She too, was written off as having dementia until an MRI was performed to explore the reason for new left-eye blindness. The tumor was successfully removed, but she was denied brain rehabilitation services because of her “history of dementia.”

Of course, I recently wrote about my 80-year-old patient, Jack, who was presumed to be an alcoholic when he showed up to his local hospital with a stroke.

Hospitalized patients are often very different than their usual selves. As we age, we become more vulnerable to medication side-effects, infections, and delirium. And so, the chance of an elderly hospitalized patient being acutely impaired is much higher than the general population. Unfortunately, many hospital-based physicians and surgeons — and certainly nurses and therapists — have little or no prior knowledge of the patient in their care. The patient’s “normal baseline” must often be reconstructed with the help of family members and friends. This takes precious time, and often goes undone.

Years ago, a patient’s family doctor would admit them to the hospital and care for them there. Now that the breadth and depth of our treatments have given birth to an army of sub-specialists, we have increased access to life-saving interventions at the expense of knowing those who need them. This presents a peculiar problem – one in which we spend enormous amounts of resources on diagnostic rabbit holes, because we aren’t certain if our patients’ symptoms are new or old. Was Mrs. Smith born with a lazy eye, or is she having a brain bleed? We could ask a family member, but we usually order an MRI.

My plea is for healthcare staff to be very mindful of the tendency to profile seniors. Just because Mr. Johnson has behavioral disturbances in his hospital room doesn’t mean that he is like that at home. Be especially suspicious of reversible causes of mental status changes in the elderly, and presume that patients are normally functional and bright until proven otherwise.

Last month I hit a new age record at my rehab hospital – I admitted a charming, active, 103-year-old woman after a small stroke caused her some new weakness. She was highly motivated in therapy, improved markedly and was discharged to an independent living center. I bet she will live many more years. When I joked that she didn’t look a day over 80, she winked and told me she had stopped counting birthdays years ago. She said, “It doesn’t matter how old you are, it matters what you can do. And I can do a lot.”

Source
Ageism In Healthcare And The Danger Of Senior Profiling – Better Health is written by Dr. Val Jones for getbetterhealth.com

5 powerful balance exercises for seniors — With Seniors In Mind